ENJOY FREE SHIPPING ON ORDERS OF $50 OR MORE (TO U.S. ADDRESSES)

Q: Why should I use prewound bobbins when I can wind my own?

Prewound bobbins are wound by high-tech machines which provide a smooth, uniform wind. The result is much more thread on the bobbin than a self-wound bobbin. Whether you're in the middle of an embroidery design or a quilting or sewing project, having to stop to change the bobbin is always an inconvenience. Prewound bobbins are game changers for dedicated sewists and quilters. The convenience of popping in a new bobbin without spending time to wind it is worth every penny. 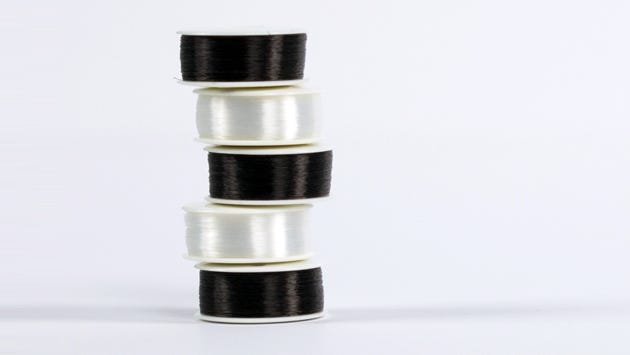 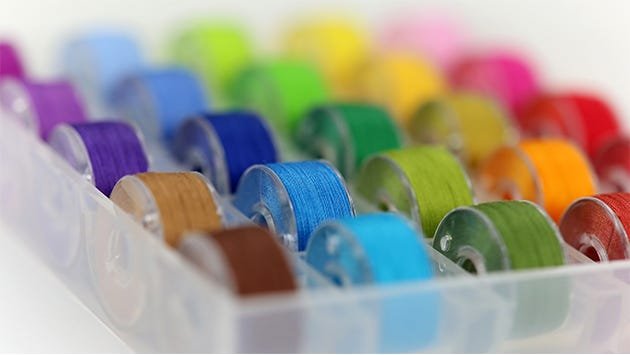 Q: My dealer told me not to use prewound bobbins. Will they void my warranty?

Q: Why isn't there a single, universal bobbin style?

Machine manufacturers make what they believe is the best bobbin for their respective machines. Some are made to fit only their machine and are not interchangeable with other machines, while others use a common bobbin style which is interchangeable with other machines. If a bobbin style is exclusive to a specific machine (think of the new Bernina 7 and 8 series, Pfaff Creative series, and several Singer machines), generic bobbins generally do not exist. We don't recommend choosing a machine based solely on the bobbin style. Machines should be chosen on what is most important to you, whether it's technology, number of stitches or features, or footprint. However, if your sewing machine or longarm machine uses one of the three popular bobbin styles, you have an added bonus of being able to use prewound bobbins.

Q: Is there a difference between plastic-sided and cardboard-sided prewound bobbins?

Q: Is there a top side and bottom side to a bobbin?

Q: Should I use a polyester thread or a cotton thread in the bobbin?

It's a matter of personal preference. Polyester threads usually have very little or no lint. Depending on the quality of the cotton thread, the thread may create very little lint or an abundance of lint. When piecing, we recommend cotton thread due to its high heat tolerance and how it tends to grab the fabric to keep a tight stitch. Our Super Bobs Cotton prewound bobbins are wound with MasterPiece Egyptian-grown extra-long staple cotton thread.

Q: I am seeing bobbin thread on the top of my stitching. How do I correct the tension to avoid this?

Q: Why is my bobbin thread breaking?

It sounds like you've read through our Troubleshooting Guide and have made tried a new needle. In a well-maintained machine, you should not be experiencing thread breakage at a frequent rate and thread breaking every six inches makes for a frustrating experience. Let's try loosening the bobbin tension to see if that will solve the thread from breaking.

With a permanent marker, mark a dot on the bobbin case where the large screw is currently pointing to. This dot will provide you with a benchmark that you can return to if needed. Loosen the bobbin tension by turning the bobbin tension screw in small increments, a quarter turn at a time. Turn to the left (counter clockwise) to decrease the amount of tension placed on the thread as it leaves the bobbin case.

This should solve the problem you're experiencing. Many home sewing machines are factory set to have a very strong polyester thread in the bobbin and therefore need to be adjusted when using a fine cotton thread, like MasterPiece.

Q: How much thread does a bobbin hold?

There is a significant difference in the amount of thread content between a self-wound bobbin and a professionally wound prewound bobbin. Even among self-wound bobbins, there will be differences due to machine winding tension settings, speed, and size of thread. Some home sewing machines have a small, separate motor for winding bobbins, while other machines use the single motor onboard to turn the bobbin winding shaft.

In most cases, professionally-wound prewound bobbins will have more thread on them because of the precision machinery that is used to wind thread onto the bobbin core (or plastic bobbin) and the consistent tension that is applied throughout the winding process. Our precision-wound prewound bobbins contain 30-50% more thread than a bobbin that has been wound on a home sewing machine.

We encourage you to try them and see the difference upwards of 50% more thread makes. You will be sewing and quilting with fewer interruptions and can simply pop a new prewound bobbin into the bobbin case when the thread runs out.

Our results from winding bobbins on our home sewing machines: