By Dawn Cavanaugh for Superior Threads

How to wind MonoPoly using the APQS Turbo Bobbin Winder

Superior's MonoPoly is very thin in diameter, making it suitable for many quilting situations, such as outlining and highlighting applique, stitching in the ditch, couching decorative threads, quilting redwork quilts, and more. What's even better, MonoPoly is strong yet has low stretch, making it wonderful for use in the bobbin of an APQS machine as well as through the needle. The new Turbo Bobbin Winder from APQS winds bobbins in a fraction of the time it takes on a traditional free-standing bobbin winder. Since the MonoPoly thread can be slippery as it leaves the spool at such a high speed, try folding a small piece of batting into about a one-inch square and then wedging this batting into the thread guide directly above the spool. Push the batting into the curve of the thread guide just until it puts a slight amount of pressure on the MonoPoly thread. This will help ensure that the thread doesn't tangle as it leaves the spool. 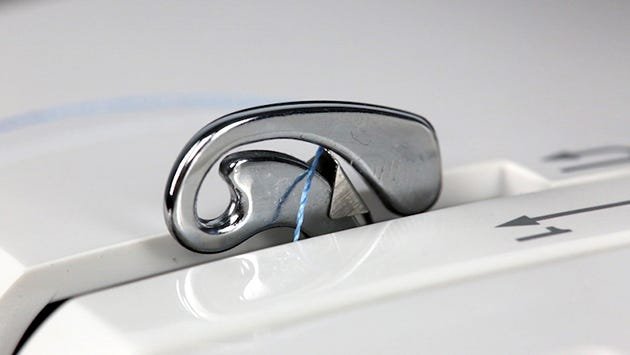 Thread not properly seated in the takeup lever 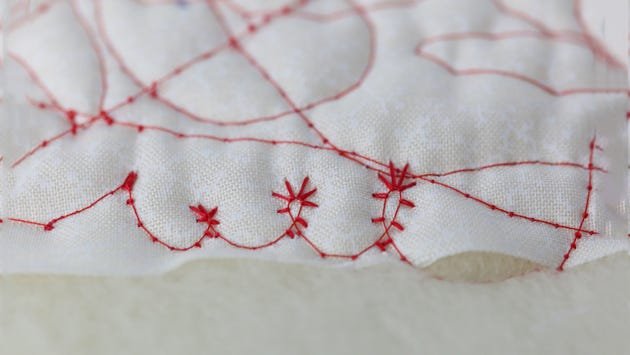 Example of eyelashes from uneven tension